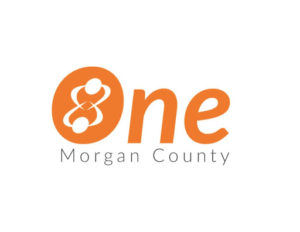 OneMorgan County (OMC), an award-winning non-profit organization, fosters community cohesion in Morgan County—a predominantly rural area in eastern Colorado. OMC started in 2005, part of a volunteer-based community initiative, spearheaded by Morgan Community College Adult Basic Education staff, to address a long-standing disconnect between the community’s established residents and immigrant population. A disconnect that was due, in large part, to a lack of cultural understanding and distinctions in languages, cultures, and religions. Following months of studied planning and collaboration with diverse community stakeholders, OMC received financial support from a Supporting Immigrant and Refugee Families Initiative (SIRFI) grant of The Colorado Trust to develop a plan to support welcoming work in Morgan County. With technical assistance from Denver’s Spring Institute of Intercultural Relations, fiscal oversight from Morgan Community College, and guidance from a volunteer advisory council, OMC developed an approach of interculturalism, based on building trust, shared values, and common experiences to bridge cultural, religious, language, and social differences, resulting in a thriving, cohesive environment. In 2009, OMC transitioned to an independent non-profit organization.

Interestingly, the story of Morgan County’s demographics is rooted in its strong agri-business sector which, since the late 1890s, has been drawing immigrant laborers, familiar with rural and small-town living, to work in physically demanding, unskilled jobs that, historically, have not required English language proficiency. In 2005, for example, the city of Fort Morgan became a secondary migration area for the resettlement of Somali refugees to work at Cargill’s Meat Solutions processing plant. By the end of 2013, over 1,000 Somali refugees came to call Fort Morgan home, joined by refugees from other east African countries. (According to U.S. Census estimates, Morgan County, with a population of about 29,068, ranks 6th highest among the state’s 64 counties for the number of foreign-born, at 13.6%. Further, approximately 26.6% of the population speaks a primary language other than English.)

Over the past several years, Morgan County’s increasingly diverse population led to a corresponding need for community cohesion initiatives, which OMC provides through its programs. For OMC, community cohesion initiatives contribute to the overall climate of inclusiveness in Morgan County, and demonstrate that there are mechanisms for decreasing barriers to productive intercultural interaction, such as opportunities for positive dialogue, relationship-building, intercultural communication skills training, and access to accurate information and services. It is OMC’s belief that as barriers are identified, solutions can be developed!