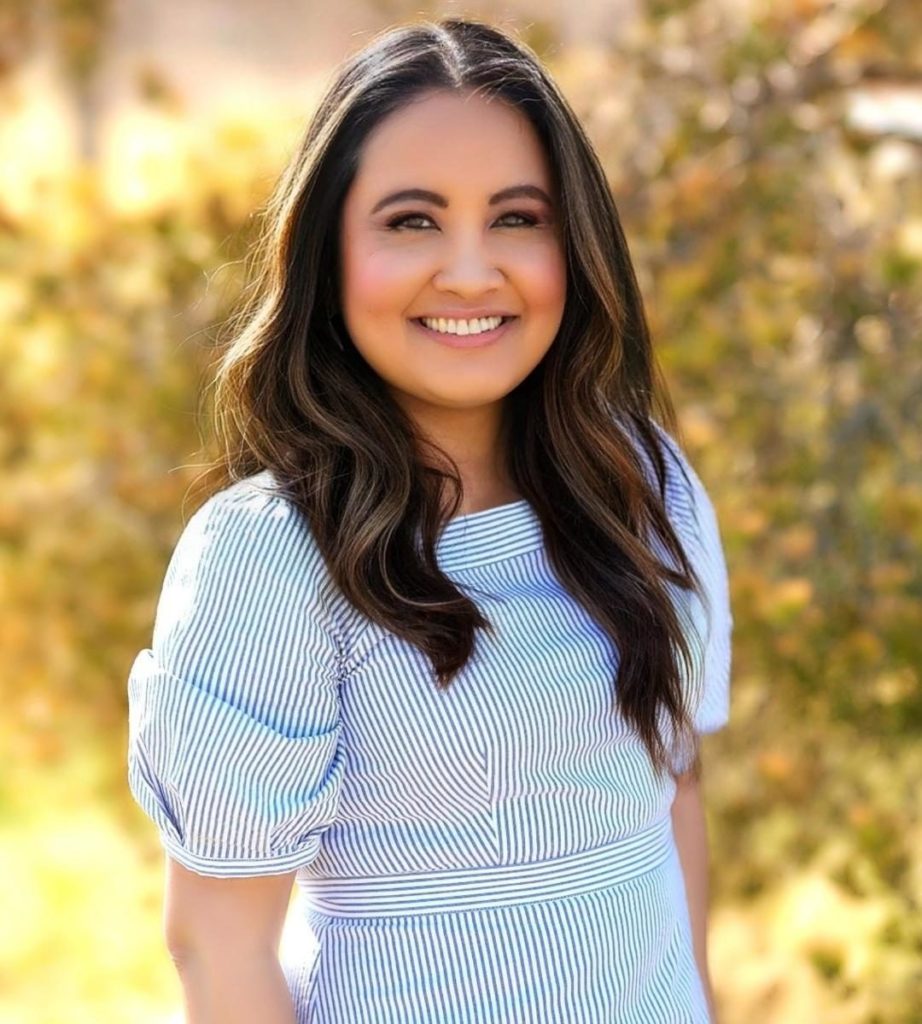 Nga Vương-Sandoval is the U.S. Refugee Advisory Board Project Manager with the mission to ensure consistent and impactful engagement with forcibly displaced people through international policy and participation in decision-making forums in the global refugee arena. Her prior professional experience has included serving at Colorado Department of Law, in homeland security and specializing in counterintelligence and counterterrorism, and working as affiliate faculty at two universities. Her scholarly book reviews have been published in Oxford University Press.

She and her family fled their homeland due to the Việt Nam War and became refugees. They were displaced in refugee camps before resettling in the U.S. and were known as “boat people.”

Nga is a TEDx Presenter for her talk Assimilation is Colonization and is active in a number of advocacy roles, such as being a member of the White House Initiative on Asian Americans, Native Hawaiians,
and Pacific Islanders; and is a founding member and public speaker with Colorado Refugee Speakers Bureau. She also holds notable roles as the Refugee Congress Honorary Delegate as well as a board member with Lutheran Family Services Rocky Mountains, a Noble Ambassador with Christina Noble Children’s Foundation and a member of Denver Elections Advisory Committee. Nga’s NVS Cre-Asian handmade origami line is sold at Ruby’s Market in Denver.

Nga was a US Refugee Representative at an international convening hosted by United Nations High Commissioner for Refugees (UNHCR) in Geneva, Switzerland in 2022.  She met with First Lady Dr. Jill Biden and advocated to raise the Presidential Determination for refugee admissions.  Nga was the recipient of the 2021 Refugee Congress
Excellence Award. She was honored with a mural by iconic artist/muralist I Am Detour (Thomas Evans) in the historic Five Points District in Denver, Colorado. Nga has been recognized for her human rights advocacy by many notable entities, including the United Nations High Commissioner for Refugees (UNHCR) in a spotlight story and featurette film titled Badge of Honor and recognized by USA for United Nations High Commissioner for Refugees as Five Inspiring Former
Refugees Share What International Women’s Day Means to Them for International Women’s Day by USA for UNHCR.  She presented at the United Nations Association USA 2021 event World Refugee Day: The Power of Inclusion. Nga received the 2021 Colorado Attorney General’s Award for Outstanding Community Service for her tireless human rights advocacy and was recognized by Asian Avenue as 100 Asian Americans You Need to Know in Denver.